Home›Health›What is salmonellosis, and why does it occur?
Health

What is salmonellosis, and why does it occur? 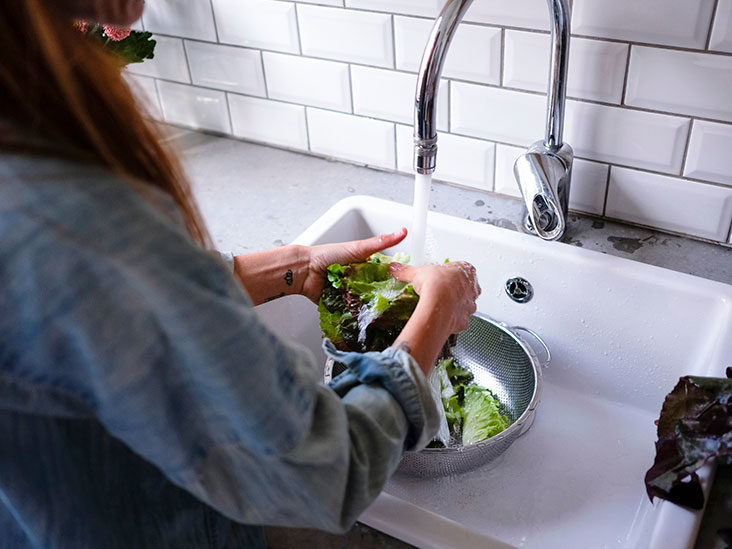 Salmonellosis is one of the most common foodborne intestinal infections, especially in summer. We give you the necessary food hygiene guidelines to avoid its appearance.

Salmonellosis is one of the most common foodborne intestinal infections. It is caused by a bacterium known as Salmonella, widely distributed by nature (rodents, birds, reptiles, insects), making it difficult to avoid contamination from other animals related to man, such as birds. Farmyard.

Two types of Salmonella conditions are known, which are typhoid fever and non-typhoid salmonellosis. All of them are of the Enterobacteriaceae genus. They are responsible for what is known as enteric fevers, which can be aggravated when they pass into the blood in bacteremia and affect other organs.

Salmonella gastroenteritis is more common in children under five and people with some immunodeficiency, such as individuals infected with HIV.

There may be a chronic carrier state because, after an intestinal infection, the bacteria continue to be eliminated through the feces, particularly in the case of transmission. It is also known that persistent bacteria cause some chronic carrier states in the gallbladder and the stones or stones that occupy it.

Despite being one of the most common foodborne infections, human cases of salmonellosis fell by almost half over five years, according to a report published by the European Food Safety Agency (EFSA) in 2009.

This is because both the European Parliament and the Council adopted a Regulation that implemented a series of control programs in all the Member States to avoid as much as possible the entry into the European Community of contaminated animals. Currently, after several years of decline, cases of salmonellosis in the EU have leveled off, as in 2018, Member States reported 91,857 cases, according to the EFSA report.

Why does Salmonella occur?

The most common cause of salmonellosis is infection through the consumption of contaminated food or water. As it is an intestinal infection, the bacteria are also found in the feces of infected people, so personal hygiene is essential during and after the illness. Since not washing your hands after going to the bathroom and handling food can be the source of infections in other people.

The main foods that can transmit Salmonella are eggs and poultry meats, especially chicken and turkey. Lamb, pork, and beef can also carry the bacteria and become contaminated if they are not handled in the slaughterhouse properly.

Most cases usually occur in summer since high temperatures favor the growth and development of these microorganisms. This is why extreme precautions must be taken during the summer season in the storage, preparation, and cooking of food.

Once Salmonella reaches the digestive tract, its absorption causes the production of a toxin by the intestine that passes into the blood in some cases and causes enteric fever and bacteremia, in the case of typhoid fever, and can infect others viscera.

This mechanism of disseminated infection occurs more frequently in patients with impaired immunity. In most cases, the bacteria only cause intestinal disease without exceeding the rest of the body’s defensive mechanisms.

We can summarize some of the risk factors that pose a greater propensity to suffer this type of infection and its complicated forms: