Key Benefits of Automation in Factories 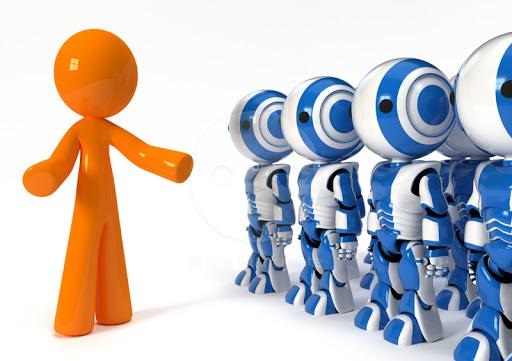 Factories are known for the mass production of specific products. Long ago, factories use large machines manually run by humans. As technology advances, machine designs also changes. Nowadays, factories are run by machines with very little need for human intervention – this is also known as automation. Many old factories upgraded their types of machinery to cope up with the stiff competition in modern factories. Through the years, automation became a notable game-changer in the manufacturing industry. Contrary to the bad publicity about factory modernization, automation brought many benefits not just to the manufacturing industry but to all other sectors as well.   For state of the art automated solutions, be sure to visit IntelLiDrives to learn more

Industrialization was notoriously known as one of the major contributors to pollution. Factories are known to drain a great amount of power, thus, hurting the environment. A huge area of land needs to be cleared to put up factory spaces. This is due to large pieces of machinery that need to fit in manufacturing sites. Fortunately, automation changes all of these. With the adoption of modern systems using software, artificial intelligence, computers, and robotics, factories became very efficient. Modern electrical motors consume much less power. Smart factories also use analytics that automatically adjusts machine energy loads. Modern factories adopting automation need less space as robotics are compact. Robots are designed for precision and through its streamlining operation, a significant decrease in material waste has been made possible.

The advantage of using automation is its capacity to run independently with or without the input of humans. Automated machines can run continuously without getting tired, unlike humans who slow down when exhausted. Moreover, humans are prone to inconsistencies when tired and that may lead to sacrificing the quality of products. Lastly, through automation, machines can produce triple the rate (or even more) of production compared to using old factory machines. Did you know that through automation, a well-known automobile company reduces its time to make a vehicle from 12 hours to 90 minutes? Yes. That’s how efficient automation is.

One of the most notable contributions of automation is the decrease in production costs. As mentioned earlier, automation needs less human intervention. Therefore, factories need less manpower leading to a decrease in the cost of labor. With the use of highly efficient motors, the cost of power usage has also decreased significantly. Robotics uses artificial intelligence which enables them to move in controlled and precise movements. This characteristic makes manufacturing efficient. Robotics are precise resulting in less waste of materials.

Automation Increases Safety in the Workplace

One of the most valuable impacts of automation is providing safety to workers. Working in factories could be very dangerous for humans. Accidents and deaths happen in most manufacturing companies. Workers are exposed to extreme temperatures, hazardous chemicals, poor quality of air, heavy objects, extremely hard labor, etc. Automation has been able to remove workers from such hazardous working conditions. As a replacement for humans, robots perform the most dangerous task in production.

Humans are known to create quality handcrafted products. In fact, ancient factories use human hands to manufacture products. However, no matter how great humans are, they are prone to inconsistencies and errors – and this is true especially when they get tired or not feeling well. This could result in product rejects and the company loses a substantial amount of profits. Modern factories use motion control systems, that compared to humans, are more precise. This results in not just high-quality products but a more consistent final product as well.

Robots indeed replace humans in the workplace due to automation. However, new job opportunities have also been created. Displaced factory workers were absorbed in other sectors requiring the human workforce. As technology rapidly advances, new demand for jobs in research and development has also been created. Jobs requiring technical skills are also being sought after by companies. These skilled workers are required to run special machines that only a few were trained to operate. This scenario also opened up an opportunity for skilled workers to ask for higher wage rates.

Industrialization has gone a very long way. Automation continuously changes the way of the manufacturing industry. Problems arise but modern technology was developed to solve complications. There are some critics of automation. Experts continue their debate about the good and bad effects of automation. However, the benefits provided by automation will never be outweighed by the disadvantages its critics are trying to portray.