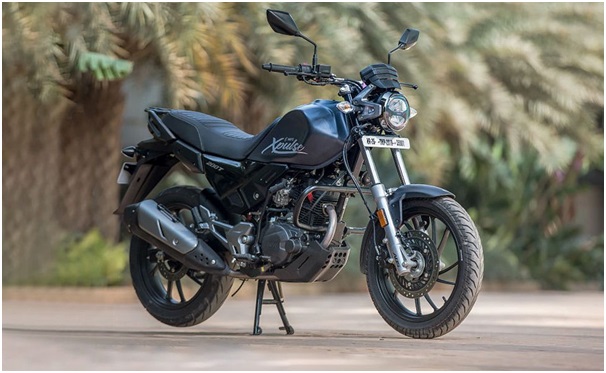 From the very beginning of April 2020, the Indian automotive industry shifted from older BS-IV emission standards to newer and much cleaner BS-VI emission norms. Therefore, each and every product that ran on conventional fuel needed to undergo some change to meet the pollutant emitting criteria so as to get approved to meet the new emission norms.

This resulted in the discontinuation of a vast majority of two-wheelers, which should have been updated to meet the new emissions criteria beforehand. So, here’s a list of motorcycles under 1 lakh that are set to make their return in BS-VI form sometime soon. Read on.

Launched last year alongside the off-road biased Xpulse, the Hero Xpulse 200T is its lighter and road-biased sibling. Therefore, it shares a lot of parts and, of course, mechanically identical to the Xpulse 200, which, if you’re unaware, has won the prestigious IMOTY 2020 award. The Xpulse 200T, on the other hand, loses out on the off-road kit that’s available with its sibling. Regardless, it, too, is a very capable motorcycle on the tarmac and since it comes powered by the same engine, it performs very well too. Expect the BS-VI version of the Xpulse 200T to be powered by the same engine that powers the BS-VI version of the standard Xpulse. Moreover, expect it to hit the showrooms as early as next month.

Another similarly priced motorcycle in Hero’s line-up was also introduced last year. A spiritual successor to the now-discontinued Karizma ZMR, the Xtreme 200 is the maker’s latest fully-faired sports bike at a very attractive price. As its name suggests, it, too, comes powered by the same engine as the aforementioned Xpulse 200T.Therefore, its BS-VI version, too, will also be powered by the same engine, as it has already made its debut in BS-VI guise with the standard Xpulse 200. We have ridden the Xtreme 200 on the Buddh International Circuit and it proved out to be quite a performer for its price. We expect it to arrive as soon as next month.

TVS’ stylish commuter may not have been the sales benchmark in its erstwhile BS-IV guise, but the leaked renders of the BS-VI version sure make it look more exciting. After all, it is set to come as a more rounded package with better styling without losing out on the value-for-money proposition, which is a huge factor in its segment. It will continue to be powered by a fuel-efficient 110cc engine, which will now be upgraded to meet the new said norms, making the TVS commuter cleaner and greener than before. The Victor is expected to arrive next month.

Honda has been known for making some really good motorcycles with peppy engines and dead drop reliability. The BS-IV version of the CB Hornet, although now discontinued, followed the same footsteps. However, given that it was a fairly popular and good-looking motorcycle in the first place, Honda is keen to bring it back in the Indian market, albeit with an upgraded BS-VI approved engine. Honda is also expected to make some styling changes to the CB Hornet 160R BS-VI since the competition has now moved ahead in terms of overall styling by leaps and bounds. Honda is expected to introduce the CB Hornet 160R BS-VI in a couple of months.

If you want to know about more upcoming motorcycles or want to be notified when these motorcycles make their way to the Indian market, be sure to tune in to autoX.